From The Library at Hurtfew
Jump to: navigation, search
Stephen Black was the butler and confidential head servant of Sir Walter Pole. He was of African parentage. During the years of the Revival, Black became the protégé of the evil gentleman with the thistle-down hair, the fairy ruler of Lost-hope. Eventually, Black managed to destroy the gentleman using powers accidentally and temporarily bestowed upon him. Afterwards, Black went into Faerie and took over as ruler of Lost-hope, promising reform to its inhabitants.

Stephen Black's mother had been one of Sir William Pole's slaves in Jamaica. When Pole's debts forced him to sell the overseas property, among the 'possessions' he brought back to England (where legally she would have been freed) was Black's mother. On the voyage, however, she died after giving birth to Stephen (c. 1770). Black was christened and educated by Pole, and later became the servant - indeed, for a time the only servant - of Pole's grandson, Sir Walter Pole (who was obliged to suffer for the profligacy of his grandfather)[30]. Sir Walter continued to pay for Black's education and welfare as necessary however, though before his marriage he was in straitened circumstances and could scarcely afford to do so [19].

When first we meet him we find Stephen reasonably contented with his lot in life. He knows himself to be Sir Walter's most valued servant, and knows moreover that he fully merits his master's regard[15]. Within Sir Walter's household he has scope to display that natural authority which is so striking a feature of his character. His powers of rapid decision, his skill in uniting others harmoniously in pursuit of a common purpose, his unsparing energy in carrying out his duty, his quick understanding and his correct taste in executing whatever needs to be done - these combine to make him a nonpareil among butlers. But he is long in realising he should not set such meagre limits to his ambition.

During his early tenure as Walter Pole's servant, Black went roughly once a week to Brandy's grocer to discharge part of Pole's debt to the owner, the widowed Mrs Brandy. While Mrs Brandy clearly was in love with Black, it is unknown whether the sentiment was mutual. Nevertheless, this is the strongest known relationship between Black and a woman [17]. (It has been observed that Black always behaves very gallantly towards his mistress, Lady Pole, even saving her life at one point: but that may not be taken as evidence of an unstated passion. Although a servant by birth Black is a thorough gentleman in his feelings, and any gentleman would be obliged in honour to protect a lady.)

In October, 1807, in order to make the British government aware of his abilities, Gilbert Norrell summoned a fairy--known as the gentleman with the thistle-down hair--to resurrect Sir Walter Pole's fiancée Emma Wintertowne from the dead. The fairy gentleman offered to revive Miss Wintertowne in exchange for "half the lady's life", to which Norrell hastily agreed, thinking that this meant that she would live for perhaps 30 more years or roughly half a normal lifetime [8]. However, the gentleman with the thistle-down hair took cruel advantage of his careless phrasing. He soon afterwards proceeded to summon Lady Pole (Miss Wintertowne's postmarital styling) every night to his brugh (Lost-hope in Faerie) to dance and converse with its many inhabitants. In January 1808, whilst preparing himself to attend one of these nightly balls, the gentleman with the thistle-down hair accidentally summoned Stephen Black to help him dress. He instantly conceived a strong affection for him. Indeed, he could not bear to be without his friend for any length of time and in consequence Black too was forced to attend these dreary dances every night as well. This naturally drained his energy, and though he remained true to his duties he felt a continual, rising, cold exhaustion that severed him from his usual attachments. But he was magically prevented from confiding to others what ailed him, being under a muffling-spell which made any attempt to do so on his part founder in nonsense and gibberish. Those to whom he attempted to explain his plight could not understand him. To them, it appeared he merely suffered from low spirits and had a tendency sometimes to make very inapposite remarks[16][26]. 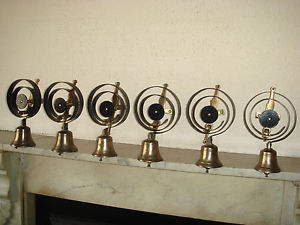 The enchantment continued for roughly the next decade, and during this period Black often had to use his wits to stop the gentleman with the thistle-down hair from hurting others. Potential victims saved by him included Lord Byron, the Archbishop of Canterbury and, most notably, His Royal Majesty King George III of England [34]. Throughout this time moreover the Gentleman's affection for Black never once wavered--in fact, he claimed that Black was destined to become the King of England, and that but for fear of thwarting this glorious destiny he would ravish him out of the ordinary world altogether and have him dwell forever in Lost-hope. So convinced was the Gentleman of Black's future royal destiny that despite his frequent objections Black was often given kingly possessions (including, at one time, an orb, a diadem, and a sceptre). He was also showered with whatever gifts struck the gentleman as suitable for one of his royal birth: jewels, brocaded garments and numerous objets d'art. Black's living quarters were hopelessly cluttered, yet nobody questioned how a servant might have acquired such possessions - presumably because by some magic the gentleman made them appear to others as mundane and appropriate.

In January 1816, Black met Vinculus, the street-magician, who apparently was seeking the encounter. Vinculus recited the prophecy of John Uskglass to Black, whom Vinculus considered as one of the subjects. Specifically, the last two lines:


seem to refer to Black. Though the gentleman with the thistle-down hair agreed that Black was a "nameless slave" - as he never received, or even knew, the true name his mother intended, and since in England his colour marked him out for a life of servitude - and that he should become a king, he ultimately concluded that those lines referred to John Uskglass himself [47]. (In the end, it appears that Vinculus was right and the gentleman wrong.)

In February 1817, in an attempt to summon John Uskglass, Jonathan Strange and Gilbert Norrell cast a spell to make England greet the "nameless slave"--their choice for John Uskglass' most appropriate title. However, it appears that the spell erroneously chose Stephen Black as its subject, as he also at the time he believed himself to be a "nameless slave" of sorts ("I am the nameless slave," said Stephen. "That is all I have ever been - and today I am content to be nothing more."[68])* Because of Uskglass's ancient alliances with England, the trees, the earth, the birds, and the stones each lent some of their powers to Black, who promptly used them to crush the gentleman with the thistle-down hair. (For a fuller account, see The defeat of the gentleman with the thistle-down hair.) Soon however the elements of England realised that Black was in reality not John Uskglass, and withdrew their powers. Black fainted and awoke shortly afterwards. Feeling ever more strongly that his life among the English was over, he passed through a fairy-road and into Faerie, where he soon came upon Lost-hope, the brugh of the gentleman with the thistle-down hair. There, in accordance with the ancient fairy custom that the one who destroys the ruler of a brugh becomes its next monarch, he was immediately hailed as the new king. After a brief reflection, Stephen solemnly consented to take up the burden of kingship [68].

*It might be objected that Stephen was not, and never had been, a 'slave' in the eyes of English law: but that is not how he felt at the time. It seems that the operation of magic is more influenced by the inner reality of the emotions than by the letter of the law.

Among the less important facts about Stephen are the following:-

After Sir Walter Pole marries, Stephen lives in an upper room at his master's house at no. 9, Harley-street[26].
He generally eats three eggs for his breakfast[15].
Prior to his enchantment and enforced nightly attendance at Lost-hope, he on at least one occasion graced a servants' ball in Wapping[15].
He is conservative in his politics, distrustful of radical or revolutionary opinions[16]. Disorder is anathema to him.
When first we meet him he is markedly reluctant to be seen in the streets with fellow blacks of a social standing inferior to his own, such as Joseph Johnson[26].
He is a member of a club called the Peep-o'Day-Boys[19].